Back to The Latest

Last week we had +35 of the leading and most innovative workforce tech vendors come together to discuss the trailblazing solutions for tomorrow’s workforce they develop on top of Velocity Network™, the Internet of Careers®. 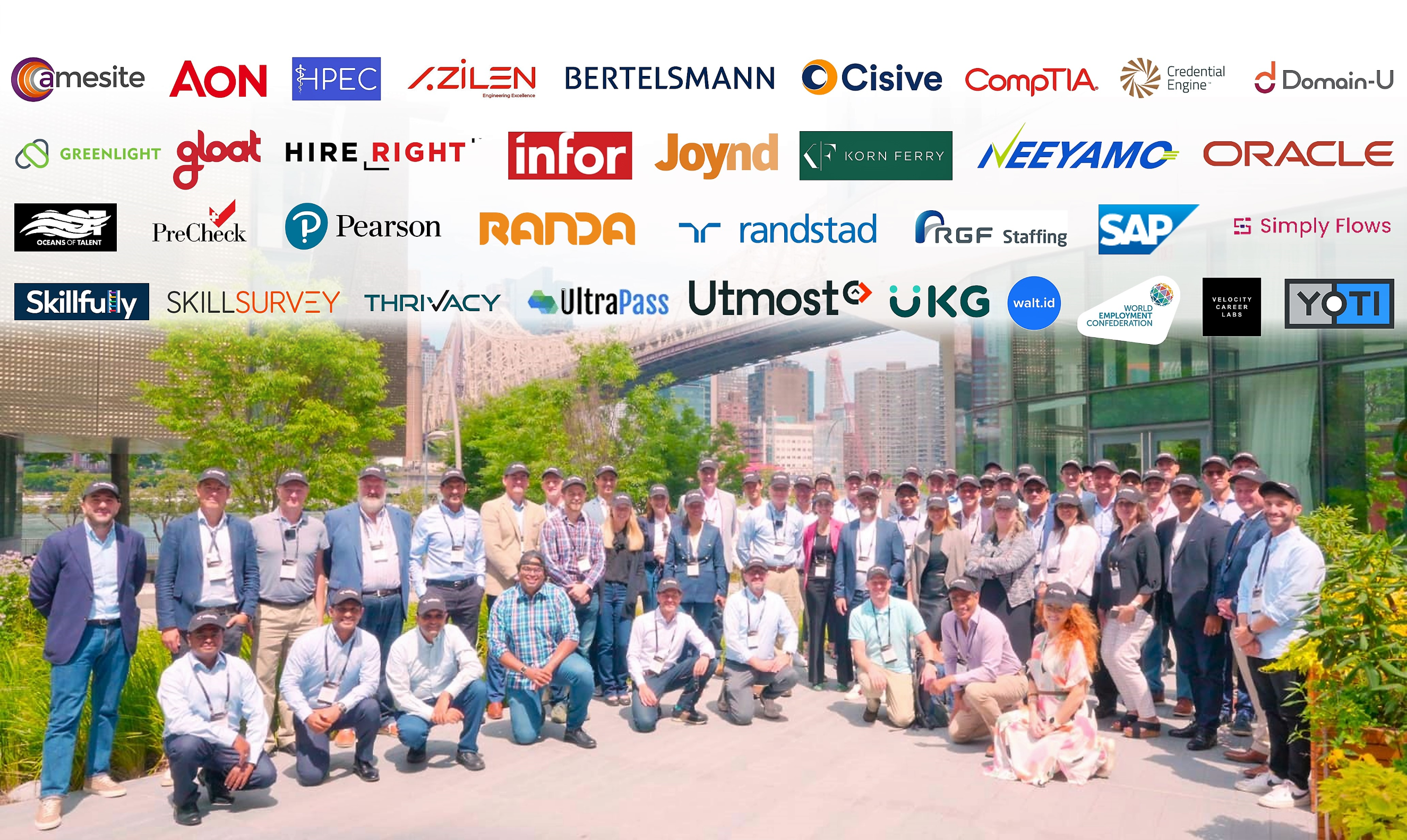 The energy in the breakout rooms was amazing. You could feel that this is that ‘Great Transformer’ of the global labor market we’ve been waiting for. It will radically change the way people navigate their career and livelihood, and how employers make talent decisions, and enable the true digital transformation of the job market.

A revolution doesn’t look like a revolution. People learning a new language begin by translating word for word from a language already known to them. Real revolutions invariably catch people by surprise but make no mistake, the Internet of Careers® is a once-in-a-generation revolution of the global labor market.

Revolutions happen when the distinct concerns of many different groups are for a time more or less soldered together. We’ve all seen the mega trends defining the current labor market:

3 of every 4 (75%) companies have reported talent shortages and difficulty hiring – a 16-year high says Manpower recent survey. Employers struggle to find talent with the right skills due to the Great Resignation, new immigration restrictions and limited labour mobility. Additionally, reskilling and upskilling efforts have not kept pace. Competition among employers for talent has increased bargaining power for employees, and churns in job markets further exacerbate skills gaps in the labour market.

By 2025, 85 million medium-wage jobs may be displaced by the shift in the division of labor between humans and machines and algorithms.

More jobs – 97 million – may emerge and they will be divided between high-wage and low-wage job categories, which adds to the social tension we already see in countries.

The Rising Tide of Non-Standard Employment

What do you think of when you think of a job? Does it involve working eight hours a day, five days a week? Does it mean knowing exactly who employs you and if you will still be working in a few months’ time? For a growing number of people around the world, a job doesn’t look like this at all. For many workers, non-standard employment has become standard.

According to the International Labor Organization 40% of companies in developing and transition countries and 23% in developed countries use non-standard employment.

The whole notion of employment is being redefined to reflect the changing needs of companies and changing preferences of the workforce. For example, according to Upwork, currently at 59 million and counting; freelancing is poised to become the U.S. majority workforce by 2027

The Age of Mass Migration

The current global estimate is that there were around 300 million international migrants in the world last year, more than at any point in human history, says the UN.

While it is difficult to estimate, approximately one-third of these were forced to move by “sudden onset” weather events—flooding, forest fires after droughts, and intensified storms. While the remaining two-thirds of displacements are the results of other humanitarian crises, it is becoming obvious that climate change is contributing to so-called slow onset events such as desertification, sea-level rise, ocean acidification, air pollution, rain pattern shifts and loss of biodiversity. This deterioration will exacerbate many humanitarian crises and may lead to more people being on the move.

When it comes to refugees, immigrants, and displaced populations, they are usually unable to verify their experience and skills from their countries of origin so they must settle for the lowest jobs. This leads to poverty, crime and creates enormous social tension in the countries that accept them.

The labor market is one of humanity’s biggest challenges for the next decades, and all experts agree that it is broken.

Now more than ever, we need to accelerate our ability to develop and deploy human capital on a global scale. Efficient development and deployment of human capital require a free flow of trusted data on people’s skills, education, and credentials.

How the world exchanges career information is one of the biggest challenges in Human Capital Management. We’re so used to this chronic pain point that it was generally accepted as inevitable, and a 17 billion dollar resume screening and background checks industry resulted. But even this industry is unable to confirm all the many elements that comprise the holistic background and capabilities of an individual, and it’s fraught with its own challenges, resulting in cost and time inefficiencies. Tackling this fundamental challenge of a trusted exchange of career-related information has been too monumental in scale for the industry to contemplate. Until now.

The emergence of distributed ledger technologies that made it possible to build and run decentralized networks that are controlled and governed by their members made the world ready for the next revolution in the world of work: the Internet of Careers®.

Using the power of blockchain, the Velocity Network Foundation® is building the solution to a 500-year-old problem. A new way to exchange employment experience, professional achievements, assessment reports, educational and certification data instantly, reliably, and cost-effectively. We’re doing so through a utility layer that connects human capital data processors around the world. The connected data processors run the distributed ledger and act as the consensus network that verifies records and ensures their self-sovereign management by individuals within digital wallets. An all-in-one network, in an open source, vendor-neutral platform, that’s governed by a collaborative, democratic, nonprofit foundation—that’s the Velocity Network Foundation®.

Velocity Network™ is designed to be the world’s network for verifiable and trusted career credentials. It’s powered by blockchain, and built for the digital age. It’s built for the future of work. A future that’s better.

For individuals, it is a future where in a trusted, private, and effortless way, they hold their own career credentials. One where they can choose whether and with whom to share their own data and decide how others can use it. Eventually, individuals will even be able to sell their own data and earn income on that sale, creating an economy around the ownership and transfer of their valuable career-related data.

At the same time, it’s a future where employers and education vendors will be able to rely on trusted, immutable, and verifiable employee and candidate data, seamlessly and cost–effectively reducing hiring risks, boosting productivity, and improving employee experience, while maintaining regulatory compliance.

Join us as we move to change the world of work!