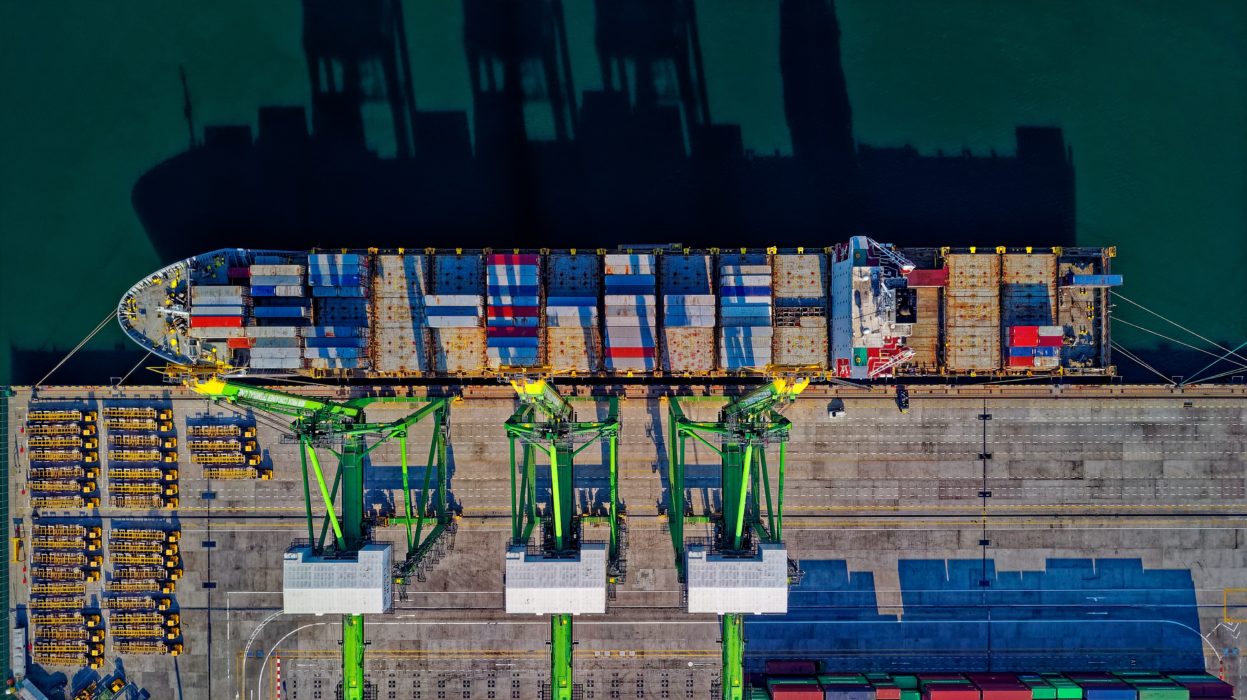 Velocity is designed to be the world’s network for verifiable and trusted career credentials. It’s powered by blockchain, and built for the digital age. It’s built for the future of work. A future that’s better.

For individuals, it is a future where in a trusted, private,and effortless way, they hold their own career credentials. One where they can choose whether and with whom to share their own data and decide how others can use it. Eventually, individuals will even be able to sell their own data and earn income on that sale, creating an economy around the ownership and transfer of their valuable career-related data.

At the same time, it’s a future where employers and education vendors will be able to rely on trusted, immutable, and verifiable employee and candidate data, seamlessly and cost–effectively reducing hiring risks, boosting productivity, and improving employee experience, while maintaining regulatory compliance.

Dozens of similar projects are already underway, competing in a race to build platforms for individuals to own and share their career data with employers. Most of these initiatives are run and controlled by a single, for profit entity that develops and manages the platform. The networks they aim to build are centralized in nature, offering issuers and verifiers the opportunity to build their credentialing functions on top of their platform.

Similar on the surface—but not the same.

Contrary to most of these initiatives, the Velocity Network was designed as a distributed, open–source and collaborative network, built and run by its members for the benefit of organizations, software providers and individuals participating in the labor market. We call it the Internet of Careers™: an open utility layer that is run and governed by its constituents.

There are many attributes that separate centralized and distributed networks. For the purpose of this post, we will focus on one— the notion of control. Centralized networks are controlled by a central authority who makes decisions on behalf of the rest of the network. Decentralized networks make decisions and perform actions in a democratic way—power lies with the collective, rather than with a single authority.

In this post we will explain why the future belongs to distributed networks, and why for a utility to be truly universal, trusted, ubiquitous, and for it to break silos and interoperability challenges, it must be a distributed, cooperative, vendor-neutral, open architecture play rather than a single–vendor play.

A verified career identity platform is by all definitions a multi-sided platform. On one side are the Holders, individuals who want to own and control their career credentials, privately store them, and share them at their discretion, to access better career and education opportunities. On the other side are the Issuers, who issue credentials to the individuals, asserting their career records, as well as the Verifiers, the organizations to whom the individuals will present the credentials. The value to participants on one side (e.g., Verifiers) depends on the number of participants on the other side (e.g., Individuals), and vice versa. The value of a network increases disproportionately as it expands, bringing in more entities with whom each user can connect.

Issuers and Verifiers are usually employers, education and lifelong learning providers, staffing and contingent work organizations, professional and vocational licensors, etc. In most cases, these organizations use some kind of System of Records to process their constituents’ data, and that is the basis of their ability to assert facts about their career history, education, skills and credentials. Most employers use HR systems, contingent workforce management systems, applicant tracking systems, and job boards, while most education vendors use learning and course management systems and student information systems. The same systems are used by Verifiers to process candidate and applicant records.

These systems are used by Issuers and Verifiers to manage the use cases for Verifiable Career Credentials, and without them being fully interoperable with the Verifiable Credentials framework, board adoption across critical participants in the ecosystem would be practically impossible. Software vendors now understand that verifiable career credentials are on their way to becoming the next generation data utility layer for the global labor market, that issuing and processing such records has become a critical functionality they must offer their users, and that they have to connect their applications to a blockchain–based platform that allows the exchange of such trusted credentials between individuals and organizations.

Vendors are reluctant to build this critical function upon centralized platforms

Centralized systems may have helped build the internet, but we now have decades of evidence that centralized proprietary platforms follow a predictable life cycle. When they start out, they do everything they can to recruit users and third-party complements. They do this to make their services more valuable, as platforms (by definition) are systems with multi-sided network effects. As these platforms move up the adoption S-curve, their power over users and third parties steadily grows, and their relationships with network participants change from positive-sum to zero-sum. The easiest way for them to continue growing lies in competing with third-party complements over audiences and profits.

At any given time, centralized platforms can change the rules, increase fees, and restrict their third-party complements’ steps. And they do. Historical examples include Google vs. Yelp, Facebook vs. Zynga, and Twitter vs. its third–party clients. Facebook’s decision to block Vine’s friend-finding feature after the Twitter acquisition is a particularly flagrant instance of this behavior. A more recent example of this type of behavior can be seen in the legal actions against Facebook taken by the Federal Trade Commission, which alleged that “Facebook has engaged in a systematic strategy—including its 2012 acquisition of up-and-coming rival Instagram, its 2014 acquisition of the mobile messaging app WhatsApp, and the imposition of anticompetitive conditions on software developers—to eliminate threats to its monopoly. This course of conduct is claimed to harm competition, leave consumers with less choices, and deprive advertisers of the benefits of competition, all constituents of its platform.” Forty-seven other state and regional attorneys general have joined this suit. The lawsuit marks the second major regulatory effort from the US government to rein in Big Tech, following the Department of Justice’s lawsuit against Google in October of this year for alleged illegal monopolization of the search and online ad markets.

Wherever we go, we hear from vendors that they don’t see how they can invest and place big bets on a proprietary platform that might decide to change the rules on a whim. Not to mention, on one that is led by a competing organization.

The only way to avoid this predictable scenario is to move to a vendor–neutral, open architecture network, governed by its members, for the benefit of its constituency. That’s why we say that the future belongs to distributed, open, collaborative networks.

Velocity Network’s vendor neutral infrastructure is distributed and run by members of the network, with no single–entity having a finger on the power switch, and no single point of control or failure. Select members serve as network stewards, trusted to run a copy of the distributed ledger, that is shared, replicated, and synchronized among the members of the distributed network (nodes). The nodes communicate with each other to gain consensus on the contents of the ledger and do not require a central authority to coordinate and validate transactions. Consensus algorithms ensure that the shared ledgers are exact copies and lower the risk of fraudulent transactions. The decentralized peer-to-peer network prevents any single participant or group of participants from controlling the underlying infrastructure or undermining the entire system. Participants in the network are all equal, adhering to the same protocols. The network belongs to no one and is run by its members.

Velocity is governed by the non-for-profit Velocity Network Foundation. Every year, Velocity Network members elect the Foundation’s Board of Directors. The board sets policies and provides oversight. Board members have the obligation to represent the interests of all the different constituents of the Velocity Network, govern the use of the network, and continuously build the rulebook, a common framework that ensures operational consistency and legal clarity for every transaction.

The tech stack underlying the Velocity Network is developed under an open–source framework and will be licensed to be freely used, modified, and shared by the Foundation, its members and other network participants.

1. Drive adoption and innovation. Releasing the project as open–source allows others to adapt and build on top of it. This reinforces the ecosystem’s growth, in addition to benefitting from diverse viewpoints to the project. The network will drive a thriving ecosystem of contributors, providing upgraded functionality and encouraging the development of additional applications that utilize the protocol. A broader community will be able to extend the user base through both free and paid applications, which benefit all.

This is a particularly effective strategy when the core project has a clear and robust extensibility mechanism, as does the Velocity Network’s protocol. The architecture of Velocity Network that separates the utility layer of the blockchain network, with its basic elements and token mechanics, from the different applications that interact with the network, is designed to accommodate new and innovative functional use cases that will come from the community. In fact, contrary to the innate tension we sometimes see between complementing solutions in the tech market, being a utility layer, the Velocity Network would welcome and encourage new functional use cases that utilize the network and drive stronger network effects.

2. Enhance trust. A recent research surveying over 34,000 respondents in 28 countries revealed a growing worldwide distrust in businesses. The decision to have large global enterprises make up the consensus network and power the Velocity Network protocol, although contributing to the security of the network, is prone to criticism for continuing to allow corporations to process individuals’ personal data. An open-source approach will let interested parties audit the code to assure privacy is kept and the protocol can be trusted.

Putting people back in control

Yet, individuals and businesses are bogged down, still widely relying on costly, self-reported, slow methods to exchange former employment, professional achievements, and education certification data, that are key to most employment-related processes.

The tech infrastructure pervasive in today’s labor market has more in common with the outdated postal service than this generation’s digital world. It’s out of step and out of line.

The Velocity Network is stepping up, putting people back in control. The right to work, to free choice of employment, is a basic human right. We envision a world in which every person has access to personalized career and development opportunities, at the time it matters. To get there, a breadth of individual career data and its free flow are key to personalized guidance and better opportunities.

For such infrastructure to be truly universal, trusted, and ubiquitous, and for it to break silos and interoperability challenges, we must not repeat the same mistakes that led to the reality we see today on the internet. The Internet of Careers™ must be a distributed, cooperative, vendor-neutral, open architecture play.

Photo by Tom Fisk from Pexels