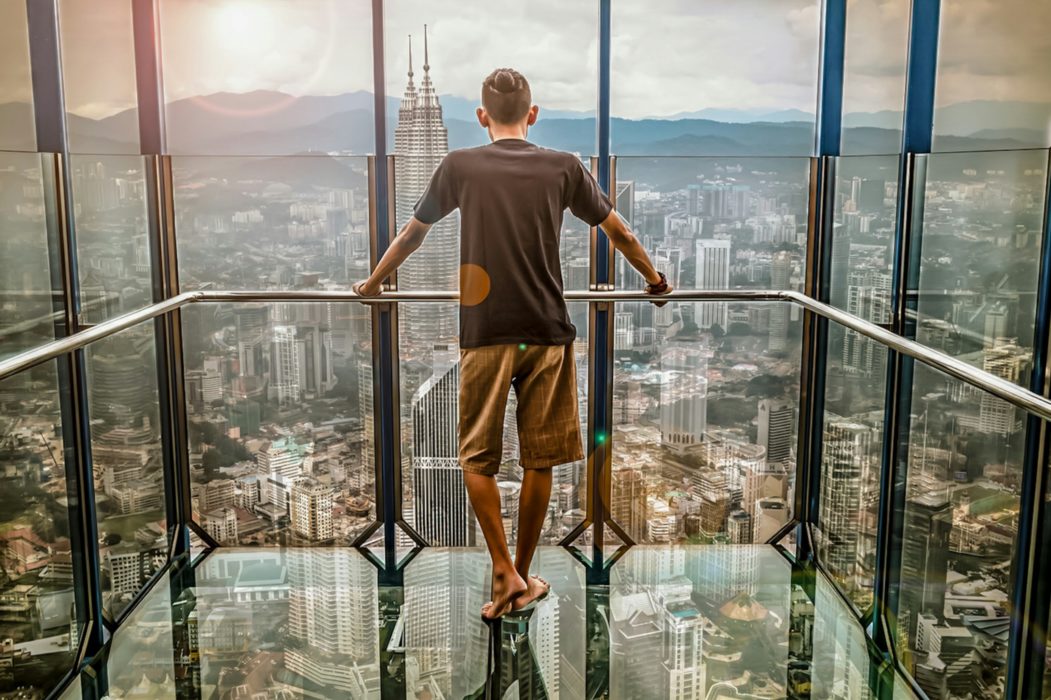 Avoiding the “Original Sin” of the Internet: Why Tokenomics Powers the Internet of Careers™

The internet of today is a widespread information infrastructure that permeates every facet of our lives. Its history is complex and involves technological, organizational, and community aspects. Its influence reaches beyond just technical fields of digital communications. Throughout society, we use online tools in everyday life—for electronic commerce, to acquire information, and to build community.

Alas, the pioneering scientists, programmers and engineers who each developed the new features and technologies that eventually merged to become the Internet we know today, would probably not like what it has become.

It wasn’t supposed to be this way

The internet was meant to be a great equalizer. What its brilliant masterminds envisioned was a tool that would make it possible for everyone, everywhere to share knowledge, opinions, and ideas. To allow small publishers to reach new audiences in ways that had been impossible before. To connect people across distances, cultures, and continents.

Their plan was terrific. But there was a catch: how would they fund all this?

Compensating authors required a system to process micropayments, whereby readers would pay for each page, article or post. The problem was that existing payment processing had high transaction costs. Credit card companies and other payment processors like PayPal suffer from the same problem: high transaction costs, which make micropayments unfeasible.

The lack of a seamless, frictionless micropayment system is a central flaw in today’s internet. And we’re paying dearly, with a laundry list of issues.

Instead of digital micropayments, the internet ended up with advertising as a business model. For ads to be effective, relevant, and targeted, advertising companies needed as much information about users as possible. That’s how the internet morphed into an intrusive consumer surveillance tool it is today, exploiting people’s personal information.

Not even the man who invented pop-up internet ads likes them. Professor Ethan Zuckerman publicly apologized in 2014, via an article in The Atlantic. He describes how their intentions were good and expresses remorse for what he calls the “original sin” of the internet. Digital payments were supposed to be an integral part of the internet, as Zeynep Tufekci recently explained in WIRED.

The time to get it right is right now

The Velocity Network cannot fix the whole internet, but we can build our part, the Internet of Careers™, better.

Right from the start, when the Velocity Network started coming together to build the Internet of Careers, our vision for its open, collaborative ecosystem was clear. Its ubiquity and global adoption were driven by the ability of participating actors to build clear, straightforward business cases for issuing credentials, contributing computational resources, and setting up a consensus network. Our goal of innovative use cases and services would only be achieved if we facilitated an incentive system that rewards entrepreneurs and investors.

Twenty-five years of pop-up ads have clearly shown us how not to go about this. We know better than to use the old ads-based business model. This is our chance to get it right, this time around.

Embedding frictionless, digital-native, low-cost payment rails that allow participants to easily and cost-effectively pay for value and services on the Internet of Careers™ is one of its key design principles.

This payment system is the Velocity Token.

Here’s how this works.

The Velocity Token rewards and incentivizes:

It enables a thriving ecosystem of service providers who offer their services, using the Network as their infrastructure.

Upon network genesis, a finite number of Velocity Tokens will be issued by the Velocity Network Foundation, the governing entity of the Network, and moved to its reserve. Moving forward, minting new Tokens will require a special board resolution.

The limited-supply Velocity Token is a de-facto store of transaction value, but it could also lead to speculation and volatility. To maintain ecosystem efficiencies and avoid speculation, we need the Token price to reflect transactional value to the market at any given time.

Two mechanisms are put in place to prevent speculation. First, players external to the ecosystem cannot speculate and affect the Token price. It is set only by balancing demand and supply, and in accordance with the value of data to the spenders. Second, Tokens can either be earned through participating in the ecosystem or be purchased (with fiat money) for immediate use as Network access fees. You can store earned Tokens, but you cannot purchase them as an investment and speculation instrument.

Self-sovereign digital credentials require the support of a comprehensive network ecosystem to provide maximum value to its constituents. When the network is in its infancy stage, there is limited value to participants. As more Credential Issuers participate, individuals can claim more of their career credentials, representing an increasingly complete picture of their career profile. The fuller and more comprehensive this presentation of credentials becomes, the more valuable it is to those who would inspect those credentials (e.g., Credential Inspectors such as prospective employers).

Similarly, as more employers, organizations, and service providers participate and process validated career records, individuals will see more value in maintaining their verifiable credentials. This way, they can turn their skills, training, and experience into better and more accurate career, learning, and development opportunities.

This network effect to achieving rapid adoption across the ecosystem of credential issuers, credential inspectors and individuals is natively a benefit to the industry-based approach of the Velocity Network and its distribution approach of working with the leading global HR and Ed tech providers. The network effect is further bolstered by early adopter incentives built into its tokenomics model to rapidly increase the number of published credentials and minimize associated inspection fees.

Running a project’s token economy is akin to running a small economy. Without adequate monetary and fiscal policies, you might be setting up for failure down the road.

In order to develop the necessary monetary and fiscal practices of the Velocity Network, we have simulated various market scenarios and believe that these practices will lead the Network to a healthy economic balance. Nevertheless, if any of the assumptions taken into the calculations prove wrong, the board of the Foundation has the authority to amend and introduce changes to monetary and fiscal processes that will rectify and course-correct the system toward regaining its healthy balance.

The bar to introducing changes to the monetary and fiscal policies was set very high. Such changes are subject to a unanimous vote by the Foundation’s board of directors. The board will nominate a committee of three Tokenomics experts to provide recommended steps. A unanimous vote will be required to accept and implement those recommendations, thus ensuring that no single entity, regardless of size or industry impact, will have the ability to make unilateral changes or sway the tokenomics model to their own benefit.

Epilogue: what powers the new world of work?

We’ve learned from the past, and now that we know better, we’re doing better.

What powers the Internet of Careers? It’s people (of course!), Velocity Tokens (economics), and an open, collaborative, democratic governance system (a forward-thinking vision). What the industry is building together here is an interoperable, transparent, and fair data exchange architecture that restores trust. An opt-in and mutually beneficial data-sharing ecosystem. A self-sovereign identity solution in which each person has sole ownership and complete control over their records and personal data.

What it’s definitely not powered by, is advertising. No ifs, ads, or buts about it.